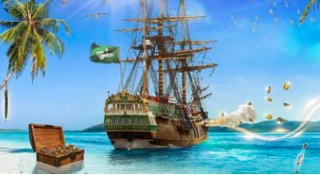 Join the hourly Bonus Spin Tournament at MrGreen, by playing Pirate’s Plenty: Battle of Gold. The campaign is available until August 29th, so make sure not to miss out!

Bonus spins for the top 10

Between 5pm and 9pm every day until August 29th, you can earn points in-game on the Pirate’s Plenty: Battle for Gold leaderboard. The top 10 players in each hour’s leaderboard will win a share of the pirate’s Bonus Spin treasures.

Points for the leaderboard can be earned by landing consecutive winning spins, or a spin that achieves a win of over 15 times your bet:

Leaderboard points are earned by landing consecutive winning spins or a spin that achieves a win of over 15x times your bet:

Bonus spins will be handed out to the top 10 players each hour. The hourly prize pool consists of 245 bonus spins: 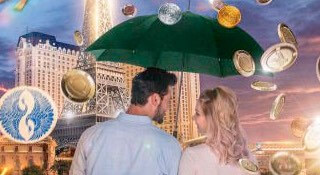 Mr Green is extremely generous right now and invites you to a big cash drop campaign with prizes worth £10,000. There’s a total of 100 cash prizes in the pot and each Cash Prize is worth between £75 – £1500. The prizes are randomly distributed among all players who bet at least £0.75 per spin at selected slots by Yggdrasil Gaming in the casino.

This is how you compete for the prizes

The selected slots in the campaign are: Hanzo’s Dojo, Valley of the Gods and Vikings Go Berzerk. The Cash Prizes can be awarded at any spin in these selected campaign slots when you bet at least £0.75 per spin. The prizes are randomly awarded and paid out in real cash.

Here is a list with the cash prizes in the campaign:

As you can see there are more small prizes than big ones.

The campaign is already up and running which means that some of the prizes may already have been won. When you open any of the promotional games, you can see which cash prizes are still left to win. The list is updated every 60 seconds.

The promotion runs until August 7 at 22:59. See the full Terms and Conditions for the campaign at Mr Green. 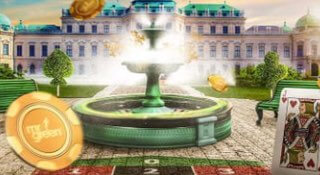 Spring is in the air, and MrGreen is letting out the spring feelings by giving his players a £3,000 Cash Drop this month. Make sure to be ready – because 25 lucky winners will get to share the cash prizes!

Collect entries to the Cash Drop

In order to have the chance of winning some March Moolah, you need to get your hands on some Cash Drop entries. You’ll be rewarded with one entry every time you play for £25 on MrGreen’s exclusive Roulette or Blackjack tables, including the DE/Fiesta Blackjack. You can collect up to 100 entry tickets each day in order to maximise your chances of winning!

The big draw will take place on March 19th, and 25 lucky winners will get to share the £3,000 prize pool. This is how the cash will be shared between the winners: 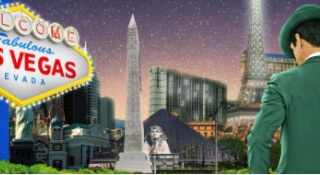 This February, MrGreen gives you the chance to win 1 of 2 fantastic all-inclusive trips to Las Vegas! Each of them are worth £10 000, so it’s an opportunity you don’t want to miss!

MrGreen is celebrating its 10 year anniversary – and of course you’re invited! During February you have the chance to win tickets to the big Las Vegas draw that will take place on the 27th. The trips that are up for grabs this time are the most lavish ones yet!

You’ll get one ticket for the draw every time you play through £20 on the chosen live casino tables from NetEnt and Evolution Gaming. In order to make it easier for you to collect tickets, Mr Green will provide you with some great Live Casino offers. The draw will take place on the 27th february – where two lucky winner will win a trip to Las Vegas each, and three winners will get cash prizes of £500!

Included in the trips are plane tickets for the winner and a guest, 8 nights at Ceasars Palace, dinner at the exklusive resturant Nobu, a helicopter ride and some pocket money for your trip – £1000!

Play at MrGreen Casino for your chance to win -> 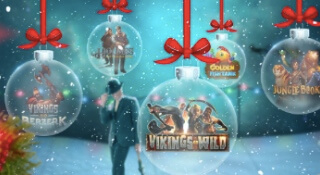 MrGreen wants you to find your inner warrior – and gives you the chance to the most gratuitous robbery you’ve ever seen! £75 000 is available for you to get away with – but only the most bold and brave warriors will succeed.

It’s time to become reckless – all players have the chance to trigger a random prize during the promotional period! Simply play one of the chosen game in order to win! The chosen games are Vikings Go Wild, Vikings Go Bezerk, Jungle Books, Holmes and the Secret Stones and Golden Fish Tank.

Spin with a minimum wager of £1 for the chance to plunder several prizes during the campaign!

A total of £75 000 will be shared between some lucky winners, and these are the prizes that are up for grabs: 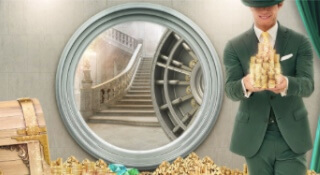 Imagine this: 365 days, 52 weeks and 12 months of free cash! No bonuses, and no fine printing. This christmas – MrGreen is giving five lucky winners up to £1 000 every single week during 2018! Is it to good to be true? No, it’s just Christmas over at MrGreen.

What’s up for grabs?

These are the prizes that will be shared between five lucky winners:

Participating in the contest is easy. For every 100 spins you play through on selected slots, you’ll earn 1 ticket at the end of the campaign.  Collect as many tickets as you can in order to increase your chances of winning! On January 2nd, MrGreen will draw all of the five lucky winners live! Tune in to the LIVE Exclusive Blackjack Table no. 4 at 18:00 to take part of the exciting draw!

These are the slots that are selected for the promotion: 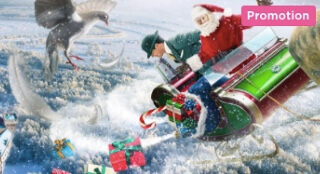 Come along with Santa

In this year’s adventure, we’ll follow santa & MrGreen through Sweden to collect dropped christmas presents. Come along for a journy you’ll never forget – filled with exciting offers, challenges, and a prize pool of £1 000 000!

Make sure to tune into MrGreen Casino every day until New Year’s eve, in order to not miss out on anything! Daily challenges, bonuses, trips and a whole lot more will be up for grabs this season – and it could all be yours! Stay updated, play your favorite games at MrGreen Casino – and maybe you’ll be one of the lucky winners to get an extra special gift under the tree this Christmas! 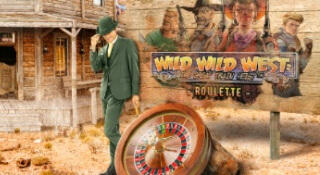 Kick off your cowboy boots, put away your hat and take a seat at the MrGreen Wild Wild West-Roulette table!It’s time to load up your shooting iron with smoking hot cash prizes!

This is how it works

Play for a total of £20 at the Roulette table Wild Wild West within one campaign day, and get your account loaded with £5 in bonus money! This means that you have the chance of getting a bonus of £100 throughout the entire campaign period!

Play at the “Wild Wild West” Roulette table between 14:00CET and 02:00 CET on the following days to claim your bonus:

Bring out the cowboy in you with MrGreen Casino -> 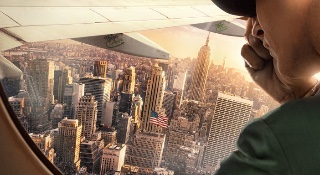 New York is the city that has everything – from famous sights to famous TV-shows such as Friends, Seinfeld and much more. The city is also known for its big New Year’s celebration – and thanks to MrGreen & NetEnt, that’s where you can be on december 31st this year!

This promotion is super easy to take part of. For a chance to win the amazing 1st prize, you’ll only have to play Jack and the Beanstalk and/or Jack Hammer during the promotional period. Each time you bet £10, you’ll get one entry to the big prie draw. You can collect up to 50 entries per day – and the more entries you have, the bigger chances you have of winning. The prize draw will be held on Monday, October 9th.

You can win either a fantastic New Year celebration in New York, or cash prizes worth over £10 000! The New York trip, which is the grand prize, will contain:

So what are you waiting for ? Head over to MrGreen and start collecting entries now -> 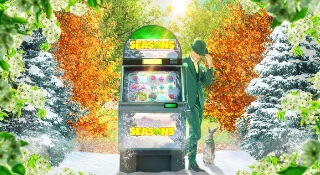 Fall has arrived, but at MrGreen casino it isn’t just leaves that are falling! In the MrGreen £6000 cash race, the cash will be falling faster than the colorful leaves, in a slot with the fitting name ‘Seasons’.

Play the slot Seasons until the 25th of September in order to enjoy the season to the fullest. You’ll also get the chance  to win your share of the £6000 prize pool!

So how do you catch the falling cash? Every spin of £0,25 or more that you make on the slot, will give you the opportunity to win one of the 25 treasure chests. These will contain random cash prizes for you to enjoy! The more you wager on each spin, the bigger are your chances to win one of the treasures! Regardless which cash prize you get, the money will immediately be credited to your account. The prizes are all real money – and comes with no requirements what so ever!

This is what the treasures can contain:

Join in on the treasure hunt here ->