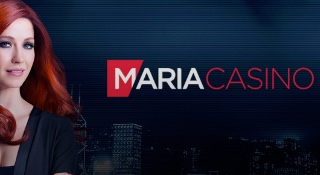 Maria Casino is launching a fantastic new promotion for October – that comes with four different chances for you to win! Starting October 2nd and running until October 20th, the Maria Experience comes with both slots tournaments, Bingo tournaments AND minigame tournaments!

The Maria Experience will be divided into four parts – two of which includes slots. Round 1 Casino Slots Tournament will run from 2nd-11th of October. You’ll be competing for a €10 000 prize pool – just by opting in and playing your favorite slots at Maria Casino. There will be a leaderboard based on turnover – so the more you wager, the higher you’ll climb on the leaderboard! The top 100 players will share the €10 000 in cash prizes.

Round 2 Casino Slots Tournament will run from the 12th-20th October – with yet another chance for €10 000! Again, all you have to do in order to win is to opt-in, play the selected tournament slots and climb the leaderboard!

Round 1 Bingo Tournament is set to run at the same time as Round 1 Casino Slots Tournament – from the 2nd to 11th October. In the Bingo Tournament, you are competing to win a part of a €2 500 prize pool! Simply opt-in and play in any of the Casino Rooms – such as Thrill, Dare, Rush or Bliss. While playing, you’ll collect points which will take you up the leaderboard!

Round 2 Bingo Tournaments is based on the Bingo Minigames. This round will go on from the 12th to the 20th of October, and the top 30 players will share a prize pool of €2 500. Opt-in and play fantastic Minigames, such as Wild One, Monkey Mansion, Rainbow Rush and More! The mission is to get the highest equalized win over 20 rounds!